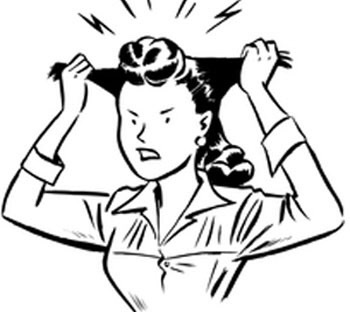 She was getting on his nerves. She was moving after the school year ended, but mentally she may have already left. She was really quiet and hardly ever smiled anymore. The enthusiastic way she would share her ideas was a thing of the past. They still had two more months in the school year, he wasn’t sure either of them would make it at this rate.

He was being a know-it-all. It seemed like nothing she did or suggested was good enough. He always had the right answer. Just because she was leaving doesn’t mean that she became an incompetent teacher overnight. She was his teaching partner for two more months, not his assistant. How was she going to survive until the last day of school?

Two points of view. Who was right? Who was wrong?

What might happen if this teaching team continued as is for the next two months? How would it feel to students? Would the two colleagues be enjoying the last two months of a successful partnership, or suffering to make it through?

What might happen if he asked her what was going on? If he said, “You seem different. I know you have a lot on your mind, but there seems to be more to it than that. How can I help you?”

What might happen if she asked him what was going on? If she said, “It feels like my ideas aren’t important to you anymore, now that I am leaving. How can we make our last two months together as awesome as the past two years?”

The only wrong answer here is to not ask the question. Just one person needs to step up and make the first move. It is not easy, but it is fair. Making assumptions and passing inaccurate judgement is not fair.

You deserve better. So does your colleague. Just ask.

So fortunate to serve students and staff at Quincy Elementary in Zeeland, MI View all posts by allysonapsey

2 thoughts on “Excuse me, but you are driving me CRAZY!”